Kiev, Prague – An ageing nuclear unit in the South Ukraine power plant is the latest to have its expiry date rewritten by overzealous Ukrainian authorities, despite a number of pending safety issues and concerns over compliance with international treaties. 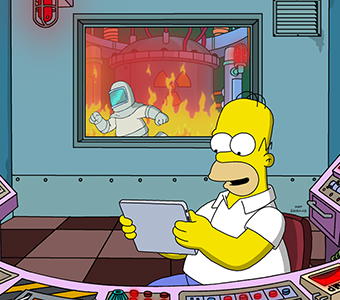 Kiev, Prague – An ageing nuclear unit in the South Ukraine power plant is the latest to have its expiry date rewritten by overzealous Ukrainian authorities, despite a number of pending safety issues and concerns over compliance with international treaties.

The board of Ukraine’s nuclear regulator SNRIU has yesterday (Monday) given the green light to the prolonged operation of unit 2 in the South Ukraine nuclear power plant beyond its original expiry date. Designed to work for no more than three decades, this nuclear reactor will be able to continue operations for ten more years as soon as the board decision is approved by the head of the SNRIU, even though a number of high priority safety upgrades are yet to be completed.

In its meeting on April 30, 2015, the nuclear regulator ruled that the unit has 33 safety deviations which need to be eliminated for a lifetime extension to be considered. The unit was therefore shutdown once it exceeded its design lifetime on May 12, 2015, but it could soon resume operations.

Yet, an inspection report from October 23, 2015, showed that only 9 of the 33 deviations have been eliminated and works on 11 others were still underway. The SNRIU board agreed that the remaining 13 issues will be addressed at a later stage.

“The SNRIU claims that it enforces international safety standards in Ukraine’s nuclear fleet, but there is little to back this up as long as no documents to confirm the elimination of safety deviations are presented,” says Iryna Holovko, Bankwatch’s national campaigner in Ukraine.

In fact, the SNRIU’s ability to guarantee the safety of the country’s nuclear reactors is in question. A government-imposed moratorium in effect since January 2015 prevents the nuclear regulator from carrying inspections in nuclear facilities on its own initiative.

A broader safety upgrade programme in Ukraine’s nuclear reactors, including in the South Ukraine power plant, is supported with a total of EUR 600 million from Euratom and the European Bank for Reconstruction and Development and was agreed to be completed by December 2017.

Yet, a governmental decree from September 30, 2015, postponed the deadline for the implementation of the programme until 2020 and without the approval of the European donors. As a result, the implementation of additional safety measures at unit 2 of the South Ukraine plant could now be delayed until the end of 2017.

“Ukraine could not send a clearer message to the programe’s international financiers that, despite the millions of euros of public money that they had invested, they don’t really have a say in how they are used,” says Holovko.

Moreover, in a letter sent to Member of the European Parliament in September the European Commission explicitly confirmed that it is of the opinion that lifetime extensions of nuclear units in Ukraine require transboundary environmental assessments and public consultations in neighbouring countries in line with the Espoo and Aarhus conventions. Yet, the Ukrainian authorities’ refusal to do so has not prevented the European donors from disbursing their loans.

“The Ukrainian authorities are so keen to stifle public debate on this reckless programe that when we commented on the SNRIU’s decision on this nuclear unit in April we were faced with a defamation lawsuit,” says Holovko.

Three other Ukrainian nuclear units are already operating beyond their design lifespan. In 2010 units 1 and 2 in the Rivne power plant have been authorized to continue working until 2030. This decision has been found to be in breach of the Espoo Convention. Unit 1 in the South Ukraine power plant has been granted a ten years lifetime extension in 2013. An independent expert report published earlier this year concluded the reactor is suffering critical vulnerabilities. Next Thursday (December 17) the SNRIU is expected to discuss the status of unit 1 in the Zaporizhia power plant ahead of its December 23 expiry date.