CANCELLED: after five years of campaigning, plans for Plomin C were dropped in 2016. Croatian plans to more than double the capacity of the Plomin coal power plant would have resulted in increased carbon-emissions for several decades. The project’s profitability was questionable and the plans were facing local opposition and conflicting regional legislation. 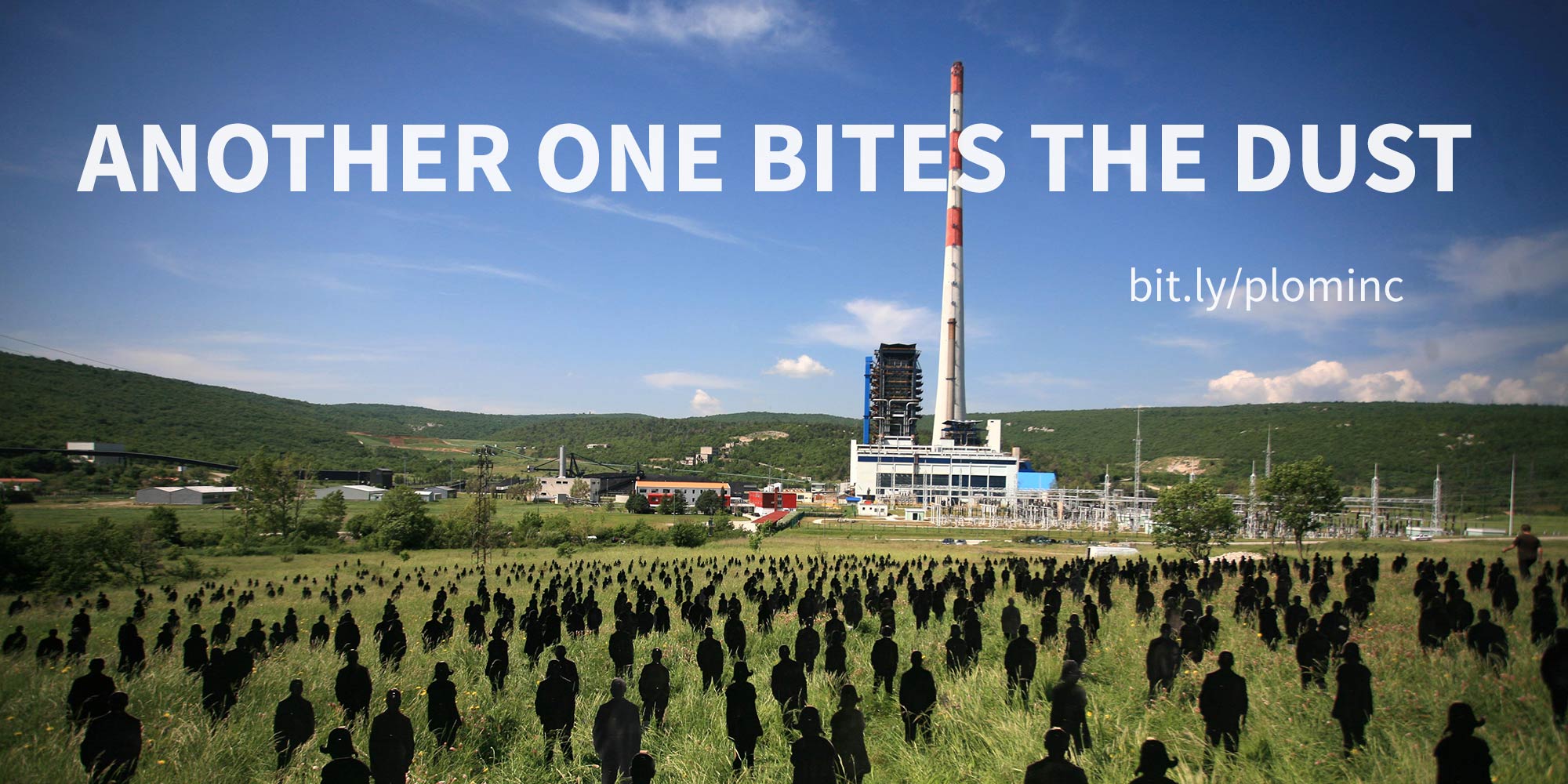 The Croatian electricity company HEP is planning to construct a new 500 MW unit at the Plomin power plant on the Istrian coast. The project, entitled “Plomin C” is being presented as a reconstruction of the Plomin 1 unit, even though it is nothing of the kind, having four times greater capacity than Plomin 1’s 120 MW.

HEP plans to sign a long-term power purchase agreement with Marubeni, the preferred bidder, to buy at least 50 percent of the electricity from the new plant for a period of at least 20 years. However, given their potential impacts on the electricity market, such agreements are often in conflict with EU legislation on state aid.

Local people from the town of Labin, which bears the brunt of the existing plant’s pollution, and much of the rest of Istria, oppose the construction of the new plant. Istria as a region is quite distinct from the rest of Croatia and the coal plant is seen as being imposed by politicians from Zagreb who are happy to dump pollution on regions far away from the capital. Istria’s spatial plan explicitly stipulates that any new plant at the site must run on gas and that the total capacity of the power plant cannot exceed 335 MW (including Plomin 2). Plomin C alone is therefore four times larger than is allowed for any new plant at the site.

Apart from the legal and public opposition, Plomin C is a misguided energy project for the following reasons:

Considering that Croatia doesn’t have its own sources of coal, Plomin C would reduce imports of electric energy, but at the same time increase imports of coal, resulting in the continuation of Croatia’s dependence on imported energy.

This one coal power plant alone will also swallow up a significant portion, if not most of the country’s carbon budget by 2050: According to EU goals Croatia’s entire emissions will be limited to somewhere between 1.566 and 6.264 million tonnes CO2 equivalents (CO2eq) annually, but Plomin C by itself would emit 2.644 million tonnes CO2eq. That leaves hardly any room for other sectors like transport and industry to emit CO2, even though they are projected to be much harder to decarbonise than the energy sector.

Local expert prof.dr.sc Enco Tireli – who worked at the Croatian state electricity company HEP for more than 15 years and was construction manager for Plomin 2 – has found that the plant is unlikely to be profitable mainly due to the need to pay for CO2 emissions as part of the EU Emissions Trading Scheme. (Download his calculations as pdf.) However, this has not deterred the Croatian government, which is desperately looking to the Plomin project to stimulate the country’s troubled economy, even though it may end up doing just the opposite. Media reports indicate it may be prepared to go to extreme lengths to do this, with the proposed electricity prices for the planned long-term power purchase agreement at between EUR 70 and 100 per MWh, compared to current prices of around EUR 40/MWh (August 2015).

Poor record of the companies involved

In September 2014 Marubeni was chosen as preferred bidder, with Alstom as the main contractor and equipment supplier. Both companies have an unenviable record of corruption offences. A 2014 analysis (pdf) by Bankwatch found that Marubeni had been found to have been involved in two major corruption cases within three years, for which it had to pay penalties of USD 88 million and USD 54.6 million. As a result the company was debarred from receiving loans from the Japan International Co-operation Agency for nine months starting from March 2014. Alstom and/or its staff had been found guilty of corruption offences in relation to at least seven cases in seven years across different continents, and is under investigation for several more, including around the Sostanj 6 lignite power plant in Slovenia. Alstom has been under observation by the Norwegian Finance Ministry since 2011 after its Council on Ethics recommended in 2010 to exclude Alstom SA from the Government Pension Fund Global.

Zelena akcija/Friends of the Earth Croatia and Green Istria have filed a court case challenging the decision to extend the Plomin 1 coal power plant’s environmental permit, it was announced today.


Croatian coal plant must not be resurrected

The Plomin 1 coal plant, on Croatia’s Istrian coast, is already 50 years old. In 2017 it closed due to a fire. Yet the Croatian Ministry of Environmental Protection and Energy looks set to allow Plomin 1’s owner, HEP, to bring it back from the dead without even an environmental impact assessment.