A wave of hydropower development fuelled by European public funding and EU companies is endangering pristine river environments in the Balkans.

In a region with a deadly combination of Europe’s last wild rivers, rampant corruption and inadequate nature protection, the potential for damage is immense. In order to address this issue, we need to know who is making it happen.

Our research aims – to the extent possible – to find out who are the main actors involved in financing hydropower projects in the region, both overall and inside of protected areas.

Download the infographics individually: Hydropower tsunami, Blue is not always green, Following the money, The companies 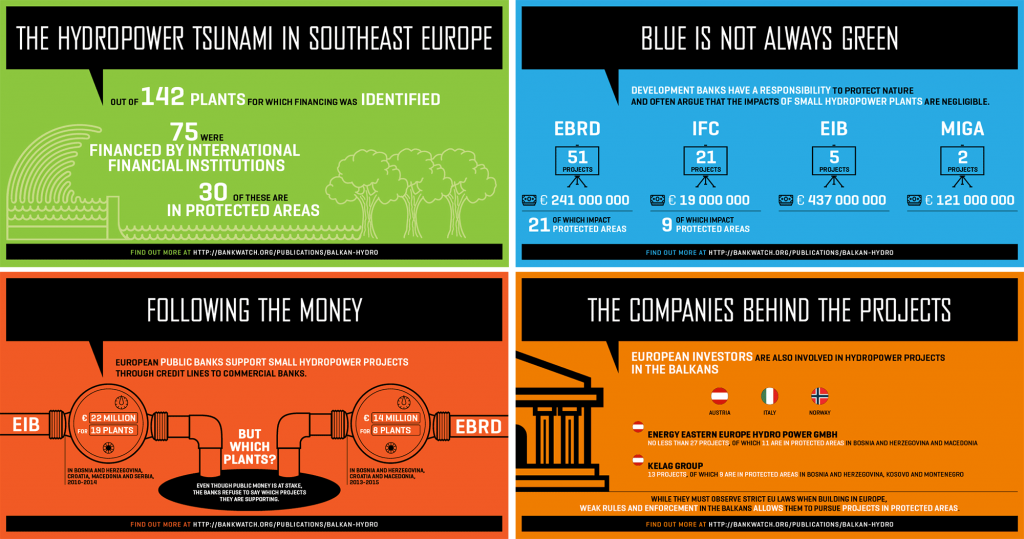 *Upper left: The real number of plants is higher, particularly in Serbia and Bulgaria. / Upper right: The figures do not include EBRD and EIB financing through intermediary banks.

Troubled beauty – How pristine rivers in the Balkans are in danger of being dismembered by hydropower installations.

Financing for hydropower in protected areas in southeast Europe