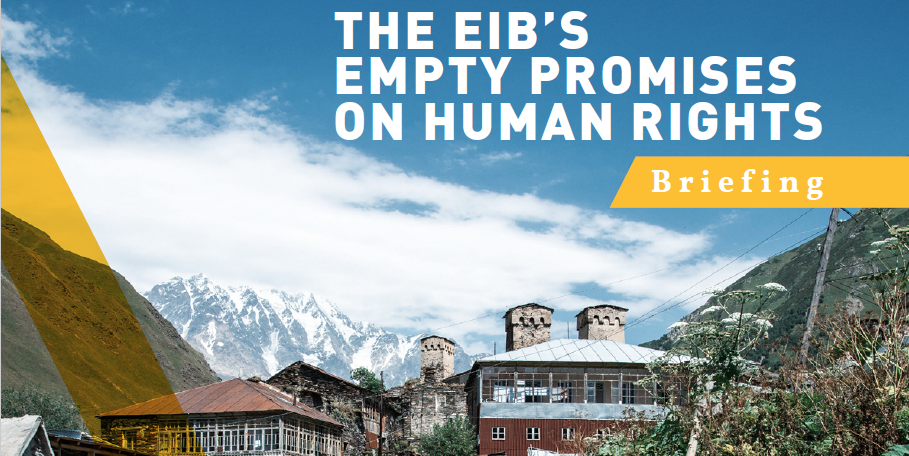 This briefing is extracted from a broader report carried out by NGOs CEE Bankwatch Network and Counter Balance regarding the European Investment Bank’s (EIB) track record in the development field. Over the last decades, in solidarity with numerous citizens and local communities across the world, both organisations have researched and documented several controversial projects financed by the EIB in the name of supporting EU development policies.

This briefing summarises the key issues we have identified – both in EIB internal policies and procedures and in their implementation on the ground – and which currently undermine the protection and promotion of Human Rights in EIB-financed projects.

Our conclusion is clear: the EIB does not have a clear enough policy statement, an overarching human rights strategy or adequate systems at the project level. The existing social safeguards neither sufficiently prevent intimidation, threats and forced evictions nor protect the existence and well being of the most vulnerable project stakeholders. The briefing offers a series of detailed recommendations for fundamental reforms at the EIB, so that it can create a proper Human Rights framework for its operations.