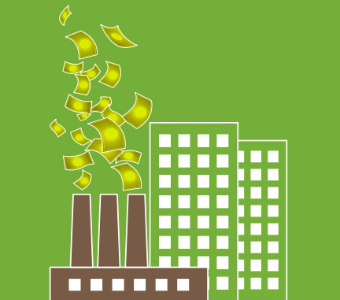 I’ve been living in Croatia on and off for almost ten years now, and one of the things that constantly frustrates me about this beautiful country is the inability of the government to make effective use of its abundant potential for sustainable renewable energy and energy efficiency.

With joining the EU in a few days time, Croatia is facing a host of obligations including producing 20 percent of energy from renewable sources by 2020 as well as increasing energy savings by 20 percent by the same date. This will be enough of a challenge on its own – not due to lack of potential, but due to the Croatian state electricity company’s tendency to devote its resources to large, often controversial projects like the Plomin C coal power plant and the Ombla hydropower plant rather than energy efficiency and sustainable renewables. However, EU energy and climate requirements are constantly evolving, for example the 2030 CO2 emissions reduction targets that are currently under discussion in the EU.

What someone with a pot of money can always do is to say ‘No’ to unsustainable projects such as fossil fuel and hydropower projects in sensitive areas.

More news and updates on our Western Balkans work

Croatia, like other future members of the EU from the Western Balkans, is going to have to run fast to keep up. This is not only a matter of obligation, but also offers numerous opportunities for new economic activities and job creation.

This is where international financial institutions (IFIs) should come in. That the region is riddled with poor planning and corruption in the energy sector, and that its governments are proving slow to react to the challenges and opportunities offered by the decarbonisation agenda is well known, but the IFIs are portraying themselves as leaders in this field – so far without much justification.

A new study we’ve undertaken with 16 other NGOs active in the region shows that – with some positive exceptions – the IFIs have so far not promoted energy efficiency and sustainable renewables in the region to any significant degree. While the slow development in these sectors is no surprise to anyone familiar with the energy sector and IFIs in the region, even a longtime IFI-watcher like myself was surprised to find this:

(See a table with the absolute lending figures below.)

There are interesting differences between the IFIs though.

The EBRD in the Western Balkans: fossil fuels still all the rage

The EBRD is by far the largest IFI lender to the sector in the region, and is the one that invested most in energy efficiency in absolute terms. It is also the only one that invested anything in renewables other than hydropower. But it undermined these positive efforts by investing more than half a billion euros in fossil fuels – 27 times more than it invested in non-hydropower renewables and almost 3.8 times as much as it invested in energy efficiency.

The EBRD’s large-scale hydropower construction projects were very controversial too: the loan for the Ombla plant in Croatia has recently been cancelled while the Boskov Most plant in Macedonia is subject to an official complaint to the bank’s complaint mechanism.

What is even more worrying about the EBRD’s investments is that year on year they are not showing any clear pattern of decreasing fossil fuel projects, and indeed the bank is currently looking at supporting the Kolubara B lignite plant (pdf) in Serbia and the Kosova e Re lignite plant in Kosovo.

The EIB in the Western Balkans: Positive focus on energy efficiency

By proportion of its investments, the EIB did best in terms of energy efficiency (70 percent), and deserves recognition for not having invested in any fossil fuels in the region during the period (nor any large, damaging hydropower plants for that matter).

The World Bank in the Western Balkans: Non-hydro renewables nowhere to be seen

Around half of the World Bank Group’s investments went for transmission infrastructure, with 18 percent for energy efficiency and a reasonably low 12 percent for fossil fuels. Yet still it did not touch non-hydropower renewables during the period, and it is considering financing the highly controversial Lukovo Pole hydropower plant in the Mavrovo National Park as well as the Kosova e re lignite plant.

Of course the IFIs would say that they can only finance what is offered to them. This is only partly true: they can often help with developing and assessing programmes, legislation and projects. But what someone with a pot of money can always do is to say ‘No’ to unsustainable projects such as fossil fuel and hydropower projects in sensitive areas, which sends a strong signal to governments to start thinking differently, and this is what volume-driven bankers still too often seem reluctant to do.

But as well as saying ‘No’, there are some urgent matters to say ‘Yes’ to: Number one among these must be residential energy efficiency, which has enormous potential to tackle energy poverty as well as reducing greenhouse gas and other emissions but has hardly been touched. If the IFIs are unable to ramp up their efforts in this field, a serious re-think is needed of how such efforts can be financed.