Home > Blog entry > As tensions reach a tipping point at Amulsar gold mine, what next for the EBRD? 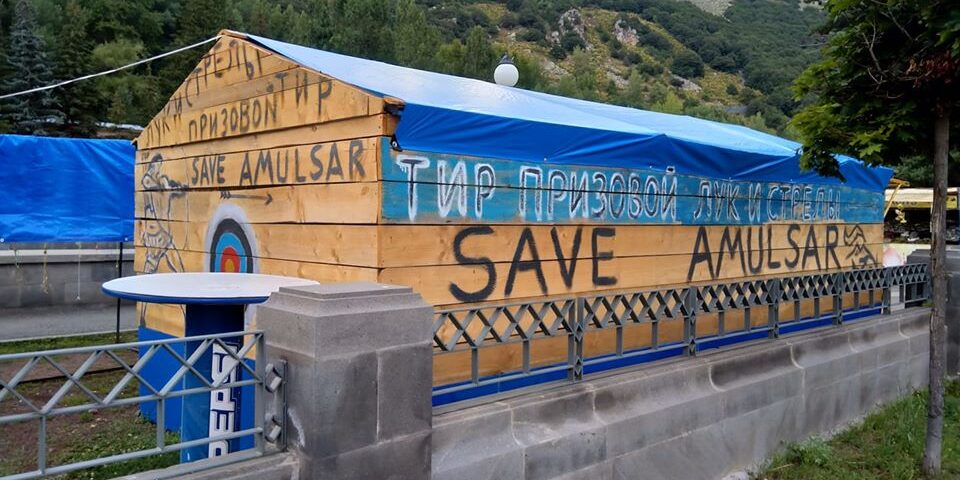 The heavy-handed eviction during the night of 4 August of a caravan posted at the entrance to the mine was the culmination of developments following mine operator Lydian’s decision to change security firms at the beginning of July. Police later removed the security presence, confirming that the protesters’ caravan was not illegally encroaching on Lydian’s territory.

But the first signs of trouble appeared on 1 July, when Special Security Forces employees moved on protestors, in spite of promises made the day before to not carry weapons, remain explicitly at the project site alone and employ only the number of guards required for one shift.

Significant numbers of police officers were on hand to prevent physical confrontations between protesters and the security personnel, while activists from Yerevan and around Armenia rushed to Jermuk in support of the demonstrations.

Where is the EBRD?

Against this backdrop, the accountability mechanism at the European Bank for Reconstruction and Development, which provided Lydian with EUR 11 million in 2017 and 2009, conducted an assessment into a complaint submitted by 23 locals to the bank. On 7 August the Independent Project Accountability Mechanism (IPAM) published a report that acknowledged that complaint had merit and warranted further investigation into whether the bank violated its policies on environment, social and human rights protections in funding Amulsar.

While IPAM deeming the complaint eligible was no surprise, given Lydian’s less-than-stellar track record, it was a surprise to find buried in the report a mention that the bank’s investment will be ‘terminated’ as part of Lydian’s corporate restructuring process. (Lydian filed earlier this year for bankruptcy protection in a Canadian court after being delisted from the Toronto stock exchange.)

Media then reported the company’s response to the public announcement of the EBRD exit, “Lydian will also continue to discuss the scope of further cooperation with the EBRD on the Amulsar project”. This reflects information received by Bankwatch from an EBRD representative in March this year that the project will need another financial injection, if the blockade will be lifted and the project restarts.

However any further cooperation between Lydian and the EBRD would require new assessments of the financial, reputational and compliance risks of such a new investment in the Amulsar project. As such, the IPAM review of the project’s compliance with the EBRD’s environmental and social standards could not have come at a better moment. EBRD decision-makers need to hear an independent view on what went right and what went wrong with the Amulsar project, so that the bank would be wiser the next time it approaches such a risky investment with a contested licence to operate.