With Ukraine’s ongoing fight for sovereignty and integrity emphasising once more the country’s energy vulnerability in front of Russia, the need to radically reform the Ukrainian energy sector became crucial for the survival of the country. And yet, moves in this direction are way too slow. Despite positive rhetoric on the need to prioritise energy efficiency, some European donors such as the European Bank for Reconstruction and Development continue with business as usual, spending huge resources on large infrastructure projects that do not address the country’s immediate need for improved energy security. 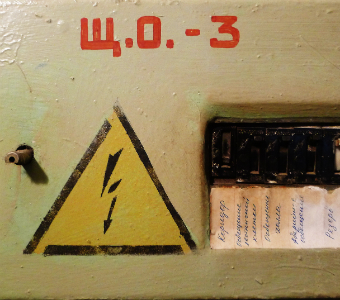 Energy security has been on everybody’s minds since the Ukrainian crisis erupted. And more than elsewhere, this is a concern in Ukraine itself, which this winter is seriously struggling to meet its basic energy needs after gas supplies from Russia were cut in June.

And yet, Ukraine’s “Western benefactors” seem quite far off from providing serious help. When it comes to international financial institutions operating in Ukraine, such as the European Bank for Reconstruction and Development (EBRD), the rhetoric may be fine, but the reality does not match up to it.

EBRD President Suma Chakhrabarti said earlier this year that a fundamental issue for Ukraine is its low level of energy efficiency and that, if this was raised to European standards, Ukraine would only need to import very small amounts of gas.

Indeed, the energy intensity of Ukraine’s economy is among the highest in the world, two and a half times higher than the OECD country average. Energy losses in power grids are twice as high as the EU average, and losses of heat in the centralised heating system eat up to 25-40 per cent of the generated heat. (See also this infographic [ua].) All this is already produced energy but it does not reach the end consumers.

Yet the EBRD has done little to change its approach to Ukraine since the downfall of Yanukovych and Russia’s invasion. Yes, the bank has opened a few small credit lines for residential energy efficiency, adding up to little over 110 million euros but most of it would not become available to Ukrainian beneficiaries until summer 2015 when the Board of the EBRD will be deciding on the Ukrainian Residential EE Financing Facility (UREEFF). Such investments, of course, are needed as soon as possible. And we need more of it.

Still, the chunk of EBRD funds is set to go to old mega-projects that would only become operational in ten years and have little to do with energy system efficiency improvements.

Between 2006 and 2013, the EBRD approved investments of over 1.2 billion euros in the country’s energy sector with almost half going to state monopolists like Ukrenergo, operator of the country’s high-voltage transmission system and Energoatom, operator of all nuclear power plants in Ukraine. The EBRD supported new high voltage transmission lines and upgrades at nuclear power plants to enable their operation for another two decades.

And now, we are set for more of the same.

Ukrenergo’s recently invited to scoping meetings for the Second Backbone ultra-high voltage transmission line, over 900 km of new 750 kV lines, which was introduced back in 2010 and was part of an old country energy strategy from 2006 which was already proven to be unrealistic.

Yet this project not only has whopping costs of around 2.6 billion euros, it would also be primarily allow for electricity exports to the EU and it would take decades to become operational. In brief, it would do nothing to ensure the current urgent needs of domestic consumers in Ukraine. And even in the long run, it would lead to an amount of savings so small that it falls within the range of statistical error [1].

Not to mention that Ukrenegro is notorious for not being able to complete the projects it commits to. The only one they did manage to finish until now (out of three for which they received EBRD financing) is the 124 km transmission line Adzhalyk-Usatove, whose construction was accompanied by contested changes of routing, severe clashes between police and locals and an extra costs of 5 million euros to move the line out of villages.

For us in Ukraine, the big question is whether this type of investments preferred by the EBRD is really the most effective, cheapest and fastest mean of addressing the energy challenges of the country.

Unfortunately, a detailed feasibility study for the Second Backbone project is not available despite this study being funded directly by the EU via the Neighbourhood Investment Facility (NIF). Ukrenergo did not provide any figures on the project’s feasibility during a scoping meeting in Odessa taking place in mid-November. No EBRD staff were present at the meeting.

So we can only conclude that the EBRD is continuing to do business as usual despite all that has happened in Ukraine.

According to the latest information, international lenders such as the European Investment Bank and the World Bank are considering financing another controversial long-term project, the Kaniv pumped storage plant, a project from which the EBRD had pulled out six years ago because of serious concerns regarding the project’s economical and technical feasibility.

The EBRD and other IFIs must understand that it is not an option any more to continue with business as usual in Ukraine. We simply might not survive as a country to see the benefits (if any) from those long-term mega-projects they have been slowly developing in previous years.

It is time to admit that reconstruction and refurbishment programmes of existing infrastructure is more hard work, yes, but it is what can truly make a difference for the people in my country in the short run.

1. The final scoping report for the Second Backbone UHV Corridor claims the project will provide annual savings of 220 GWh – or about 0,1 per cent of annual electricity production in Ukraine (195 TWh).