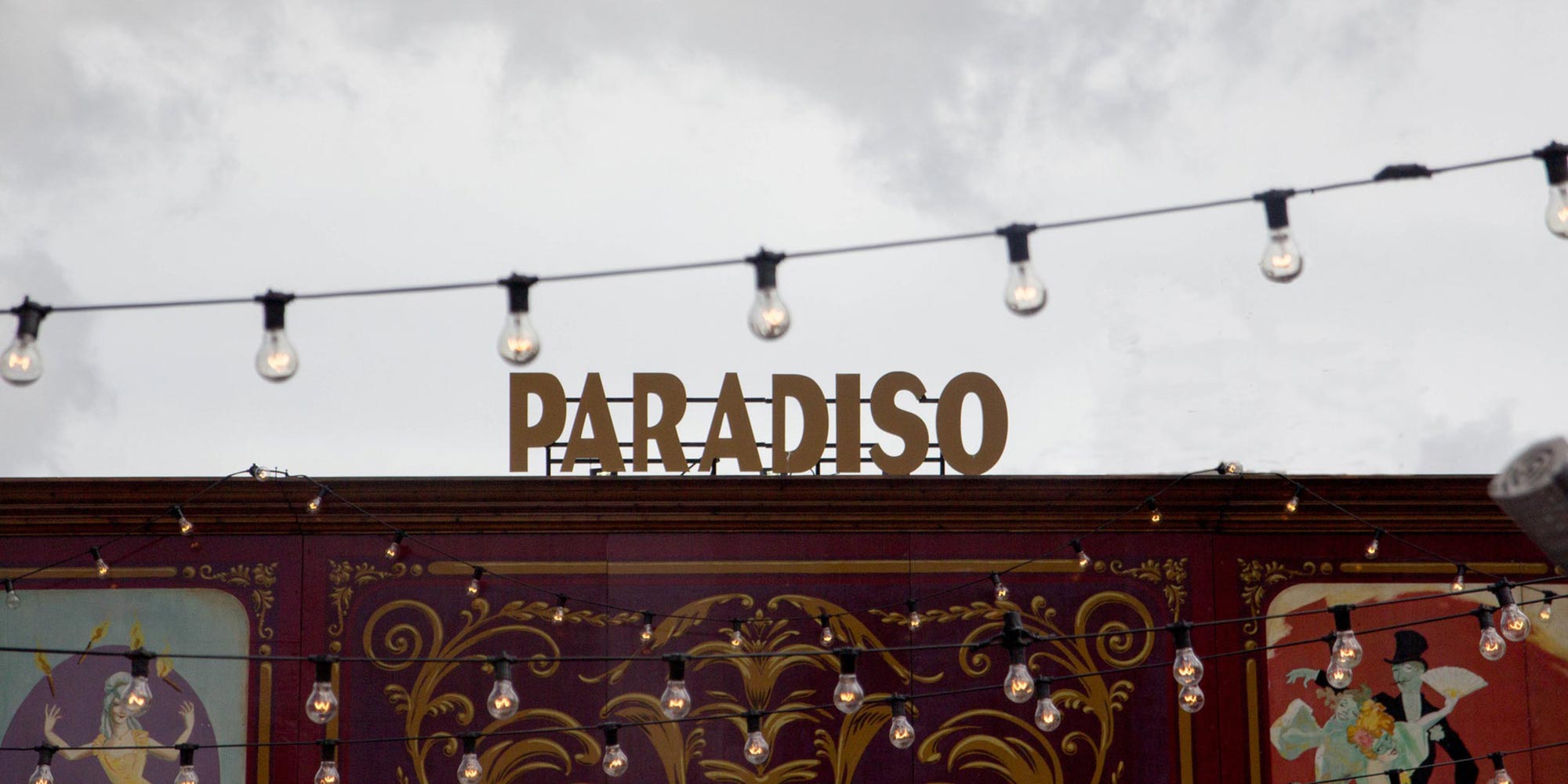 Image by Charlotte Coneybeer via Unsplash

The article below by Dimitar Sabev was originally published in Bulgarian on Bodil.bg. It outlines Dundee’s dealings in more detail. It has been translated and slightly edited for coherence.

Three offshore companies and one cooperative

The three offshore companies, which may be traced in the filings of the Bulgarian Commercial Register, are certainly not the only “paradise” assets of this Canadian investor. It is enough to recall that in 2003 the Chelopech mine and the gold deposit in Krumovgrad were also bought by an offshore company – Dundee Precious (Barbados).

A cooperative is an unusual ownership vehicle for a transnational investor. But it was not chosen by chance, for according to the Dutch law, in certain cases cooperatives are not liable for dividend withholding tax. There are also options for avoiding the corporate income tax. “The Dutch cooperative can prove to be an attractive vehicle in private equity structures”, as lawyers advise.

The ultimate owner of Dundee Precious Metals Chelopech is Nathan Edward Goodman (80). Ned Goodman, as he is also known, is one of the large investors in Canada and America. He is a billionaire and according to media reports under his management are equity funds of USD 100 billion (Dynamic Funds, Beutel, Dundee Wealth, Goodman & Company, etc.). Ned Goodman invests the money of his wealthy clients in real estate, energy, infrastructure, and metals.

His tremendous wealth and influence have brought him great recognition: in 2016, Goodman was appointed to the Order of Canada, a prize awarded to only 113 people.

In his youth, the Canadian graduated geology and at the beginning of his career he worked at a mining company. This explains his interest in the gold deposits in Bulgaria. There is no doubt that his investment in Chelopech was a rare find: in 2003 he paid USD 26.5 million for the mineral-rich, but poorly managed mine, and a proven gold deposit in Krumovgrad. The acquisition price is equal to the net profit of the company’s operations in Bulgaria for a period of only six months.

Ned Goodman has four sons, and two of them, Mark and David, are actively involved in the management of Dundee Corp. Of course, they do not do this for free: according to Reuters, their combined annual salary is more than USD 4.3 million. There is no record of how many shares they hold and what dividends are paid to Nathan’s sons.

Goodman is both the owner of a precious metal mining company and an investment advisor. In recent years, he signaled that gold prices will increase on the world exchanges and advised his customers on buying it. In 2013, he stated that “very soon” the US dollar will cease to be a global reserve currency. One may conclude by oneself: buy gold as a hedge.

In addition, Goodman lobbies for the implementation of “Plan North” – a huge extractive program aiming at industrialising 1.2 million square kilometers of pristine land in the northern part of the Canadian province of Quebec. The plan envisions USD 80 billion in revenue in a period of 25 years, by extracting gold, platinum, zinc, uranium, diamonds, timber etc.

Where is the gold mine?

At least 3 or 4 offshore companies, a Dutch cooperative, several companies registered in the Netherlands, Denmark, UK … Why Dundee Precious Metals – part of the larger Canadian “Dundee Corp.” holding, is using such a complex corporate structure?

It is clear that offshore companies guarantee the anonymity of the shareholders who do not want their names to be disclosed. Moreover, by using offshore shell companies the liability is blurred in cases of environmental damages, a fact of great use in the extractive sector.

Not least, the traces of material flows moving between continents remain also hidden. The arsenic – rich gold and copper concentrates from Chelopech are delivered to a smelter located in Namibia, where ores, imported from third countries are also processed. Then the end product refined to 98.5 percent metal content is sold to the Switzerland based global trader, Louis Dreyfus. All these operations involve margins, risk, and private interests.

But the most obvious reason for the “offshore line dance” is tax. The Chelopech mine is a very profitable enterprise and during the last 6 years it has reported a net profit (after tax) of BGN 740 million combined. This is equal to nearly USD 450 million as of 20.11.2017.

The positive financial result has been duly taxed with the low corporate tax in Bulgaria and this brought to the Bulgarian budget a total revenue of BGN 85 million for the last 6 years.

In 2015, the enterprise in Chelopech achieved a net profit of BGN 88 million (~USD 53 million), but Dundee Precious Metals Holding in Canada declared a profit of only USD 7.6 million.

The gap was even wider in 2016, when the net profit of the Chelopech mine was BGN 67 million (~USd 40 million), while Dundee Precious Metals in Canada reported a loss of USD 147 million (mainly assigned to asset write-offs in Namibia).

In the wasp nest

The reported sales of gold and copper concentrates from the Chelopech mine for the period between 2011 and 2016 are worth exactly BGN 2 billion (~USD 1.2 billion). This amount is incomparable to the slightly over USD 5 million, paid to the Bulgarian government as a lump sum by the first foreign concessionaire, Navan, in 1998.

The public interest in managing this national golden wealth is a painful issue in Bulgaria. Even the cautious anti-corruption body BORKOR has indicated that the deal for Chelopech is among the most negative examples of concessions in Bulgaria.

Because of their profits in order of tens and hundreds of millions per year, the foreign investors may afford to build a positive image through sponsorships, industrial initiatives, and similar activities. In comparison to most Bulgarian extractive companies, Dundee Precious Metals Chelopech maintains better standards of remuneration, labor safety, and environmental performance.

Yet all this does not distract the company from pursuing its profit maximisation policy. Is the profit declared equal to the real profit that goes into the pockets of the owners?

Even the low corporate tax in Bulgaria is a considerable expense, when applied to a company with such a high profit margin. Accordingly, almost BGN 185 million (~USD 111) are administrative expenses reported by the company in Chelopech for 2011-2016.

Geologists know that the polymetallic ores around Chelopech, besides gold, silver and copper, also contain a number of rare earth elements, such as germanium. The official long-standing statement of the company is that the rare metals from the Chelopech ore cannot be extracted commercially. Thus the concession fee paid by Dundee to the Bulgarian government includes only the three main metals: gold, silver and copper.

Yet the company itself admits that the content of germanium in the ore is about 8 g/t. When processing 2.2 million tons of ore per year, the value of the accompanying yield of only this rare metal should amount to USD 17 million per year. According to Dundee, this wealth is not being used and is discarded.

Note that the metallurgical plant in Tsumeb, Namibia, has been processing the rich polymetallic ores from the adjacent mineral deposit (already exhausted), before being purchased by Dundee Precious Metals in 2010. The technology of the smelter is designed to extract lead, zinc, copper and … germanium and other rare metals from the ores.

This fact, in itself, is not an evidence that Dundee is extracting germanium. As well as sprouting of subsidiaries throughout tax havens does not necessarily imply that they are used for tax dodging. Well, they can be used for something … uh … else.

Either way, a sophisticated offshore corporate structure is a controversial issue for a company working tightly with the public sector. In the case of Dundee Precious Metals, there is a double offshore trouble. Firstly, they profit massively from exploiting a national public asset in Bulgaria. Secondly, since December 2016 they have the European Bank for Reconstruction and Development as a strategic shareholder.

The EBRD, a multilateral developmental bank, holds almost 10 percent of the capital of the Canadian umbrella company which channels its profits home through layers of paradise entities. Maybe it is worth mentioning that the EBRD has explicitly declared its commitment to “enhancing transparency”.