Poland has made a worrying proposal on public private partnerships that could risk the future stability of European economies by turning a blind eye to future public debt. But the EU would do well to take the British example as an eye opener. 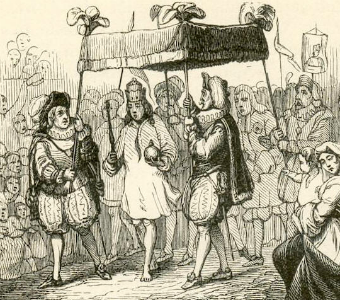 Europolitics yesterday reported that the Polish government is pushing for European legislation on public private partnerships (PPPs) [1] that would allegedly make this mode of financing an solution for public investments in the face of budget deficits and debt.

The solution, according to Poland lies in not including the (inevitable) public costs of a project in the public finance books when a contract with a private partner is being signed. Eurostat – the EU’s statistical office – already allows many PPP investments to be left out of public accounts, provided that certain kinds of risks are transferred to the private sector, but classifies public costs as deficit and debt. This, so the Polish believe, leads to “the principle of PPP [losing] its appeal”.

To be more clear, what Poland proposes is basically to completely ignore the future costs of a public investment, although these are already agreed, signed and sealed in the PPP contract. Unfortunately that is no solution at all – except in the dreams of public administrations. (Building public infrastructure and hiding the debts it runs up? Fantastic!)

PPP is already now a way to keep most of the debt off the public balance books. If Eurostat followed Poland’s suggestion, this would become an even more encompassing habit with profound effects. Public expenditure and public debt would be much less foreseeable. The impact of the postponed debt is then felt later by administrations and consequently by tax payers. That this is no theoretical threat is proven by the serious repercussions of invisible debts run up through PPP projects in European economies like Hungary and Portugal, which are both reviewing whether they should use PPPs at all any more.

After two decades of PPP bingeing in the UK (one of the “PPP pioneers”) recent studies evaluating the British public private partnerships have led to a number of very sobering conclusions.

I will only include a few quotes here that point out the enormous risk that PPPs (and the British variant, the Private Finance Initiative, PFI) pose to public finances. As you can see, these conclusions all go in the opposite direction of Poland’s proposal.

Rt Hon Margaret Hodge, Chair of the Committee of Public Accounts, speaking on the publication of the report Lessons from PFI and other projects on September 1, 2011.

1. An arrangement whereby a public project or service is partially financed or run by a private company – http://oxforddictionaries.com/definition/PPP

PPPs have especially in the UK, but increasingly also elsewhere, become a popular way to partly avoid the financial burden for example of public infrastructure investments on administrative budgets. The financial burden certainly isn’t being avoided at all, but merely postponed to the future by allowing the private partner to charge either the users or the state (or often both) for the public service the PPP project provides.