The European Commission this week published its ideas on how to build a resource efficient economy in Europe. Bankwatch’s resource efficiency expert Marijan Galovic thinks the roadmap’s focus is not wide enough yet. 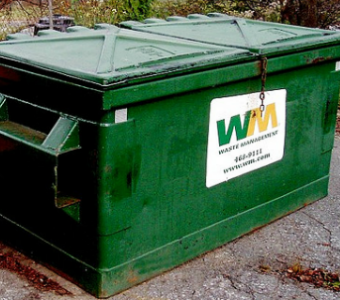 It’s no secret that the European Union can be ambitious in its plans only to be brought back down to earth when it comes to realising them.

In the same vein, the Resource Efficiency Roadmap that the European Commission published this Tuesday includes all kinds of right recommendations for Europe to become a renewable based, resource efficient economy. The reality check, however, will follow swiftly when the spending priorities for the next EU budget (2014-2020) will be announced in October.

For now, though, I want to focus on the roadmap itself.

It has been rightly criticised for focusing exclusively on material consumption while not taking other resources like land and water into account. But as someone who’s campaigning for many years now for recycling, waste reduction and generally a more efficient resource use, I can’t deny that I was pleased to see how the roadmap indeed points in the right direction.

Its main goal is to move towards an economy based on reuse and recycling, and residual waste close to zero. More practically, it also aims to ensure that public funding and particularly EU funding supports the move up the waste hierarchy, by offering financial support for recycling plants rather than incinerators. That’s an ambitious yet reachable goal and it’s something Bankwatch has been pushing for a long time.

On the downside, while the European Commission seems to have understood what environmentalists have been telling for years, it doesn’t yet recognise that wider, more fundamental changes are necessary to meet the Europe 2020 climate objectives and to avoid runaway climate change.

In my opinion, the roadmap’s overarching pro-market orientation shows a very uncritical and insufficient attitude in the face of our current climatic and economic challenges. More concretely, the Commission’s roadmap gives a prominent role to investment banks and innovative financial instruments which are at least controversial.

Examples are the core role envisaged for public-private partnerships (PPPs) and for the European Investment Bank (EIB). Experiences with PPPs show they will hardly be a useful instrument for ecosystem and natural resource conservation. They are also associated with high costs, low risk transfer to the private sector, difficulties in contract enforcement, and lack of transparency. (See a Bankwatch research into public private partnerships in central and eastern Europe.)

As for the EIB, I’m not the only one doubting its ability to be a spearhead promoter of communal recycling measures and ecosystem services. The bank is specialised in large, mainly infrastructural projects of over 25 million euros, hardly the kind of investments envisaged by the roadmap.

The Resource Efficiency Roadmap is clearly a step in the right direction, but it has to reflect and be part of a more comprehensive approach that stronger emphasises the green in economy.