The European Bank for Reconstruction and Development boasts of having invested 10 billion euros in sustainable energy since 2006. A closer look reveals that although the bank’s efforts deserve recognition, several investments make a mockery of ‘sustainability’. 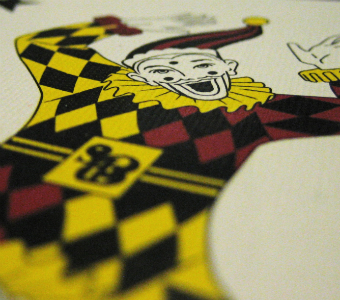 The EBRD announced yesterday that since 2006 it has invested no less than EUR 10 billion in sustainable energy under its Sustainable Energy Initiative (SEI).

Part of me wants to say “Well done, chaps!”, knowing that the bank – even according to Bankwatch’s figures, which use more stringent criteria than the bank’s – has ramped up its lending for new renewables (= renewables excluding large hydro) and power sector energy efficiency significantly since 2006.

However shockingly low the bank’s starting point, and however much more investment is needed, the improvements must be recognised. Yet how a new lignite unit can constitute sustainable energy in the 21st century is beyond me.

Another positive trend is that the bank has started to support new renewables outside of the EU in countries like Ukraine which have so far been a difficult environment for such projects.

At the same time, the devil, as always, is in the detail. And the detail that most shocked me so far about the Sustainable Energy Initiative is that the 2011 list of SEI projects includes no other than the new block 6 at the Sostanj lignite power plant in Slovenia. How a new lignite unit can constitute sustainable energy in the 21st century is beyond me.

Sostanj is not the only project raising eyebrows about the EBRD’s Sustainable Energy criteria. There’s the so-called Kolubara environmental improvement project too, which will (maybe) save 200 thousand tonnes of CO2 per year but will allow the mine to expand, thus opening the way for about 500 million tonnes of CO2 emissions from burning the lignite from the EBRD-financed fields.

These are just two recent examples, but when reviewing the SEI our calculations showed that around 1/3 of the total SEI investments are questionable (pdf, see page two).

It’s not only fossil fuels causing problems, either. The bank has pumped up its Sustainable Energy figures by throwing in some large hydropower plants too.

After years of not financing new large hydropower plants, in 2011 the EBRD suddenly financed three, and decided they were all Sustainable Energy. We disagree:

So, with its EUR 10 billion for Sustainable Energy, the EBRD has proved it can do quantity. For the next EUR 10 billion, let’s hope it pays more attention to quality.