On Friday Georgia will sign an association agreement with the European Union, meaning that our country will start cooperating more closely with the EU and even implement more European legislation. This is good news, particularly when it comes to the environment. 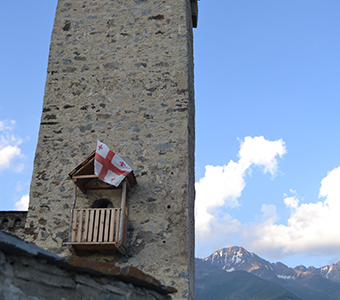 At the moment in Georgia, we have too many cases in which infrastructure projects are implemented without regard for the environment and our people, and this is most obvious when it comes to hydropower projects.

Georgia has huge potential to develop energy produced from hydropower, and numerous dam projects are popping up all the time. Some of the most ambitious government plans include the construction of the 700 MW dam at Khudoni, a 450 MW cascade at Namakhvani, and 282 MW dam at Oni.

These plans, however, are happening in a very weak legal environment, with poor project planning often occuring from the onset. Georgia’s legislation does not address the issue of involuntary resettlement caused by infrastructure projects. The Environmental Impact Assessment (EIA) system is ineffective, in terms of providing the public with information and opportunities for public participation. Also an unclear legal rights regime offers next to no protection for communities that make customary use of the land that traditionally was in their hands. Unregistered land plots can be grabbed by investors for infrastructure projects. At the same time, promoting alternative sources of energy other than hydropower is difficult, because no legal regime is in place to ensure the development of energy efficiency or renewable energy programmes.

The result looks a bit like the Wild West, where unwieldy investors face off against people that have no choice but to rebel. And the consequence, often, is repression by authorities.

In March, 500 villagers protesting against the 185 MW Shuakhevi hydropower plant were forcefully dispersed by policemen and special forces. In Svaneti, people who have strongly opposed the construction of the Khudoni dam have been systematically sidelined by authorities and investors.

In May, a tragic landslide caused by huge floods at the Dariali dam site killed a number of workers. But this type of accident could have been avoided, if a proper Environmental Impact Assessment would have been conducted. Such an assessment would have identified different geological risks and as such, the current project site would necessarily have needed to be ruled out.