Two and a half years since pollution control legislation under the Energy Community Treaty obliged Western Balkan governments to apply EU norms, a new Bankwatch analysis finds air pollution – primarily sulphur dioxide (SO2) and dust emissions – from coal-fired power plants remains stubbornly high, choking communities across the region and beyond. 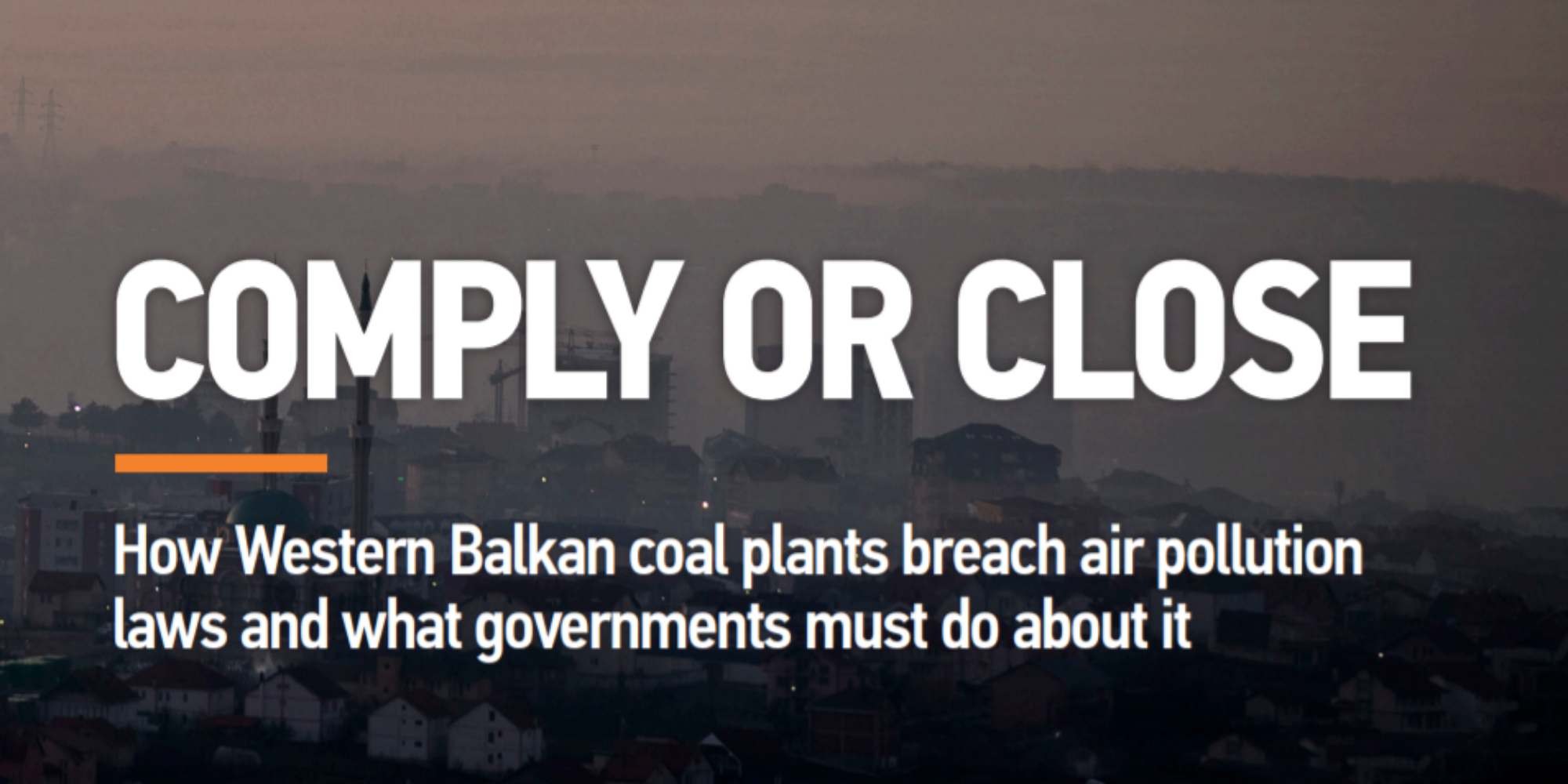 The report can be downloaded from here.

The 2020 edition of the Comply or Close report shows that, instead of getting closer to compliance, SO2 emissions at coal power plants covered by National Emission Reduction Plans in the Western Balkans have overall increased.

Three years after desulphurisation equipment was installed at the Kostolac B power plant in Serbia, the plant is still the second largest SO2 emitter in the region, single-handedly breaching the national ceiling by 1.5 times. It is topped only by Ugljevik in Bosnia and Herzegovina, which has also fitted SO2 reduction equipment that is not yet functional.

Despite a slight decrease in 2019, dust emissions from the analysed power plants in these four countries remained at nearly 1.6 times the combined threshold. In particular, the Kosova B power plant in Kosovo remained the region’s top dust polluter, emitting 5.4 times as much as its emissions ceiling.

National Emissions Reduction Plans are a mechanism which makes it easier for the countries to reach compliance, as the obligatory emissions ceiling is set at the national level, rather than per individual plant. By the end of 2027, all plants must be in compliance with emission limit values individually as well. All of the region’s coal plants, except a few smaller ones, are included in such plans.

“Any government that insists on keeping these dirty power plants going, must step up investments in pollution control equipment that can comply with the LCP BREF, the EU’s newest industrial pollution standards. Until then, the plants’ operating hours need to be trimmed to meet the pollution limits in the Large Combustion Plants Directive that the countries have committed to as part of the Energy Community Treaty,” says Pippa Gallop, Southeast Europe Energy Advisor with Bankwatch and a co-author of the report.

“Our alarming findings are a testament to governments’ foot-dragging, that is already taking a toll on human life. Thousands of people across the region and in neighbouring EU countries aredying prematurely from the pollution from these coal power plants. This is unacceptable,” says Davor Pehchevski, Balkan air pollution campaign coordinator with Bankwatch.

“Overall, governments can no longer place their bets on coal. It remains to be seen whether the region’s two largest desulphurisation investments – at Ugljevik in Bosnia-Herzegovina and Kostolac B in Serbia – will genuinely help cut air pollution. But in any case, decision-makers across the region need to start shutting down coal-fired power plants and shifting to sustainable forms of renewable energy. There is no way around it,” says Ioana Ciuta, Energy Coordinator with Bankwatch and co-author of the report.