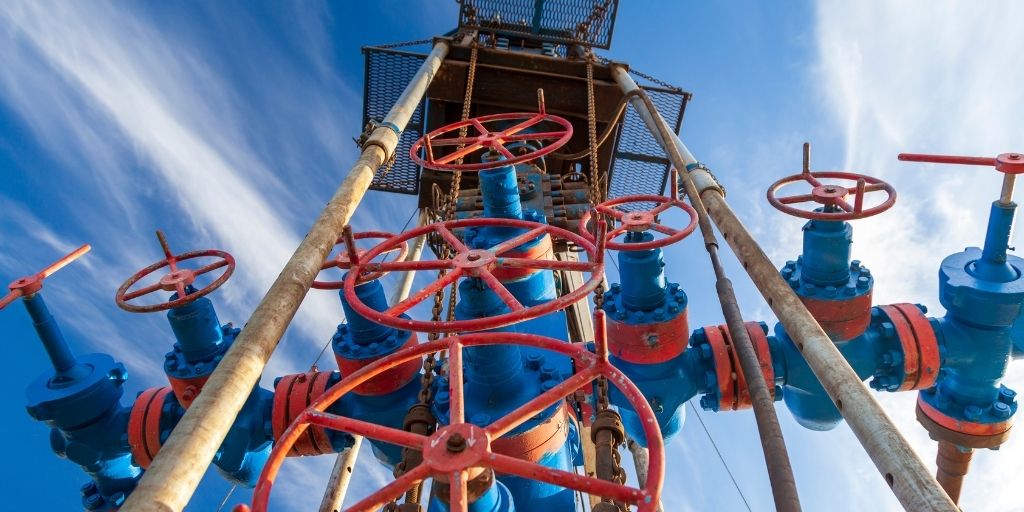 Fossil gas is part of the problem, not the solution

Even though scientific evidence shows fossil gas is a significant driver of global warming, countries and financial institutions still consider fossil gas as a part of the solution in addressing climate change as a so-called bridge fuel.

In 2018 the Intergovernmental Panel on Climate Change (IPCC) pleaded for a quick reduction of emissions globally and a rapid switch to carbon-free energy systems to to prevent the planet from warming by more than 1.5 degrees above pre-industrial levels.

Fossil gas releases dangerous levels of greenhouse gas emissions – not just due to the CO2 emissions during combustion but also because of the methane emissions that occur in the supply chain, from extraction to distribution. These emissions are heavily unreported and have yet to be addressed by regulators and industry.

Methane is a greenhouse gas that is, in the short period of twenty years, 86 times more potent than carbon dioxide and has already driven more than a quarter of global warming to date.

If we are to slow climate change, methane is the strongest lever and reining its emissions would complement necessary measures to reduce carbon dioxide emissions.

A May 2021 report from the International Energy Agency report rightfully dismissed the idea of fossil gas as a transition fuel. It concluded that new investments in fossil fuels extraction must end and a radical reduction in fossil fuels, including gas, is needed over the next decade if we are to reach the Paris Agreement’s aim of limiting global warming to below 1.5°C.

Investing now in fossil gas would be the nail in the coffin of climate change. Such investments would delay the inevitable energy transformation, making it even costlier and more cumbersome in the next decades. Other solutions that are both economically and technologically feasible already exist and can be implemented.

This briefing analyses plans for gas investments in the recovery plans of eight central and eastern European countries (Bulgaria, the Czech Republic, Estonia, Hungary, Latvia, Poland, Romania and Slovakia). It reveals that most contain gas investments, such as gas boilers (the Czech Republic, Slovakia and Poland); a gas pipeline (Bulgaria); gas-based district heating (the Czech Republic); gas-based transport (the Czech Republic); and the possible development of fossil fuel-based hydrogen (Bulgaria, Poland and Romania). Such proposals in favour of expanding the role of gas in the EU do not comply with the objectives of the European Green Deal, nor with the International Energy Agency’s recent call for the immediate end to financing fossil fuel projects, and the EU should not use recovery funds to finance these measures.

Fossil gas is a dirty business

The issues with fossil gas are not limited to its wrecking effects on climate change.

The fossil gas industry’s business model, through its practices, suggest that the continued profitability of these companies is achieved in significant part through bribery and other corruption. These same companies often play a central role in planning, assessing and projecting regions’ future energy needs in a way that primarily serves their own interests. Continued interference by oil and gas companies has also weakened institutions and policies put in place to mitigate climate change.

The remaining gas reserves are mostly concentrated in the Persian Gulf, Central Asia and Russia. This means that gas importing countries, including the EU which is heavily reliant on gas imports, are dependent on undemocratic and politically unstable regimes, with a proven track record of human right abuses.

Some of the areas where sizable fossil gas investments are planned, such as southeastern Europe and Central Asia, are among those most vulnerable to climate change. If these countries are planning to address and adapt to climate change, those fossil gas projects will become stranded assets in the next decades, well before the end of their financial life, thus leaving those countries once again far behind and increasing the costs of their inevitable transformation of energy systems.

The European Investment Bank (EIB) was the first multilateral development bank that recognized it was time to stop financing gas. Following a strong campaign by an international coalition of NGOs, the EIB agreed on a new energy lending policy that stops financing fossil fuel projects from the end of 2021. But other multilateral development banks (MDBs) still need to follow suit.

The European Bank for Reconstruction and Development (EBRD) has clear mission statements on supporting the transition towards clean energy. Yet, several Bankwatch reports showed that the Bank’s financial support for fossil fuels remained steady throughout 2010-2019, the warmest decade on record.

In the early 2000s the EBRD was considering investing in the USD 20 billion Sakhalin-2 oil and gas development in the pristine area of Sakhalin Island, Russia. But eventually, in 2007 the Bank decided not to engage, in part due to the protest campaign of local indigenous communities and international NGOs that contended the project would have adverse impacts on Sakhalin’s people and environment.

European MDBs’ latest fossil fuels adventure was the Southern Gas Corridor, a system of mega-pipelines to bring fossil gas from Azerbaijan to Europe. This massive project has simultaneously been boosting Azerbaijan’s dictatorial regime and causing upheaval in local communities along the pipelines’ routes in Turkey, Greece, Albania and Italy.

The pipeline project received unprecedented financial support from both the EBRD and the EIB. In addition to earlier EBRD investments in the Southern Gas Corridor, in the period 2014-2018 the EBRD extended over USD 450 million to the Azerbaijan gas field (Shah Deniz II) and more than USD 1 billion into the Trans Adriatic Pipeline (TAP) and the Trans Anatolian Pipeline (TANAP).

New investments into fossil gas will lock economies into the current system of fossil fuels dependency and will have a detrimental effect on the much-needed transformation of energy systems.

People around the world are already feeling the brunt of the climate crisis on an almost daily basis. Most governments accept we are in the midst of a global climate crisis, including those controlling the European Bank for Reconstruction and Development (EBRD). And yet, Bankwatch’s recent analysis shows that during 2019-2020, the EBRD has awarded the fossil fuels industry more than USD 2 million every day on average. Two million dollars. Every single day.

Several EU states plan to use the EUR 672 billion Recovery and Resilience Facility to expand fossil gas infrastructure using loopholes in the fund’s regulations. These proposals do not comply with objectives of the European Green Deal and recent recommendations from the International Energy Agency to end funding for fossil fuels, warns CEE Bankwatch Network.

On the occasion of its 30th anniversary, the European Bank for Reconstruction and Development (EBRD)  has the opportunity to help avert climate breakdown by putting itself at the heart of the global transition to a carbon-free economy. This joint state

New beginnings at 30: can the EBRD leave behind fossil gas to become a bank fit for our future?

This report analyses the EBRD’s energy-related operations across the first two years of the Bank’s new Energy Sector Strategy (ESS) (2019-2020). This initial period of the ESS’s implementation is also compared to the previous ESS implementation period

Joint CSO letter on the TEN-E regulation: Stop the expansion of fossil gas

This advocacy letter aims to express civil society organisations’ concerns on the reintroduction of fossil gas in the revised trans-European infrastructure energy (TEN-E) regulation.  Bankwatch and 53 other CSOs ask governments to vote against the incl