Home > Blog entry > [Campaign update] EBRD not digging for truth at the Kolubara mine, Serbia

By putting too much trust in its client EPS, the EBRD failed to notice that an important grievance mechanism for villagers near the mine was not in place – for two years. [*] 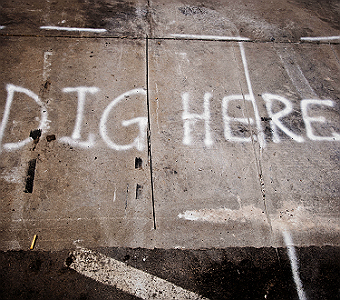 The longer we are monitoring the Kolubara mining operations and the way people are being treated by the mining company, the more obvious it becomes that the European Bank for Reconstruction and Development is not able to monitor and influence its client’s conduct and that it is not able to uphold the rights of local residents vis-à-vis the omnipotent Serbian energy monopolist EPS.

The latest, and maybe most blatant example is a two year delay in establishing a grievance mechanism that stipulates how and where locals can get information about their rights and the compensation process and where they can complain about misconduct by the Kolubara mining company (a subsidiary of state electricity company EPS), specifically concerning expropriations.

Both statements were based on information from EPS.

What may have been known to the public earlier is only the contact person for complaints, SEP Team manager Zoran Markovic, appointed by EPS. Without an established procedure how to deal with grievances, however, this can hardly be comforting for people who don’t have much reason to trust EPS.

When the European Bank for Reconstruction and Development gets involved in a controversial project, it often claims that its involvement will improve the environmental and social standards of the activity and the project company. When it comes to enforcing these improvements however, the bank regularly shies away from putting pressure on its clients and relies on their reassurances that everything goes according to the agreed standards.

Not only took it EPS two years to establish a complaint mechanism. The EBRD apparently accepted the company’s claims at face value without verifying the information. Whatever the reason for this (capacity impasse? naive trust in EPS? sloppiness?) it’s an intolerable oversight on the part of the EBRD, leaving local communities to themselves.