Facing criticism by the European Parliament of its progress on climate friendly energy sources, the Serbian government tells Bankwatch’s member group that the future of the country’s energy system is none of their business. 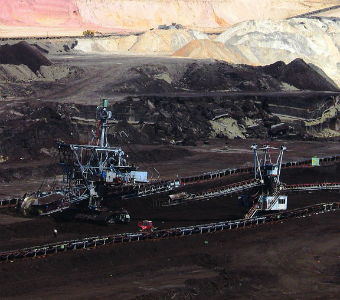 If you’re in Serbia, you’d hear that the country can both enter the EU and keep up with its over-reliance on coal. Everyone says so. But that this is not true was just confirmed by the European Parliament.

In January, the Parliament adopted a resolution in which it assesses the progress made by Serbia towards EU integration during 2013.

“[The European Parliament] regrets the lack of progress and continuing delays in the practical implementation of the renewable energy framework; notes that Serbia lags behind other applicant countries in the utilisation of renewable energy sources and expresses concern that Serbia’s 2020 renewable energy targets will not be met; emphasises the need for transparency in government consultation processes” (art. 42)

„Considers it regrettable that too little progress has been made in the areas of the environment and climate change and calls on the Serbian authorities to adopt a comprehensive climate strategy in line with EU targets as quickly as possible” (art. 43)

A lot of Serbian media, naturally interested in Serbia’s progress towards EU membership, covered this resolution and a press release by Bankwatch member group CEKOR notified Serbian audiences about it (the government, of course, did not rush to inform its citizens about this assessment).

Seeing this coverage, one could imagine that Serbian authorities might indulge in a bit of self-reflection. The signal sent by the European Parliament is a strong one and it’s one that will matter in Serbia’s path towards EU membership. You might imagine Serbian authorities would come out saying they would immediately get to work to implement the renewable energy framework or the comprehensive climate strategy that the Parliament says is missing. But you’d be naïve.

Instead of focusing on the issue at hand, the Serbian government decided to shoot at the messenger. The Serbian Ministry of Energy issued its own press statement in which it said that CEKOR does not have that much to say on the country’s energy mix. They wrote (own translation):

“Neither CEKOR nor any other organisation can have the role of absolute arbiter on this topic. It remains the exclusive authority of state institutions to approach this topic with maximum attention.”

But this is just what CEKOR wants, that the government acts with maximum responsibility on the future of our energy system. Yet, in the midst of preparations for early general elections (scheduled to take place on March 16), we are not surprised to see that our government is more interested in making scapegoats out of us than in addressing the real issue at hand, namely what the best energy mix for Serbia is.

But in good faith we would like to say to our authorities that, no matter what they say to national media today, the European Parliament and other EU institutions will be there watching Serbia at the end of the road. The EU has climate targets which it will narrow even further. It will not allow a lignite fuelled Serbia to compromise them.

And, no matter what our authorities tell the media today, the real issue is that coal burnt in Serbia causes 2,000 deaths annually and costs up to 5.2 billion euros annually in healthcare expenditures (Source: HEAL). Serbia has cheaper, healthier options, and those options are in line with our European route.