Home > Blog entry > Latvia and the Energy Union: biomass is a blind spot

To make sure Latvia’s energy path does not lead into a dead end for sustainability, the Energy Union should facilitate alternatives to unsustainable fuelwood. 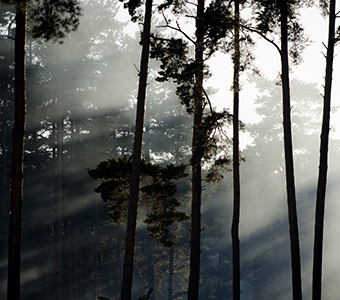 In a series of blog posts, Bankwatch campaigners are weighing in on the implications that the EU Energy Union, as laid out by Vice-President Šefčovič, could have for each of the countries.

See earlier installations on the Czech Republic and Hungary and don’t miss the next posts.

The establishment of the Energy Union was featured high on the agenda of the Latvian Presidency of the Council of the EU. For Latvia, it offers a broader European framework, in particular in the context of energy security and energy sustainability. These two aspects are likely to be main policy targets in the upcoming Energy Development Strategy 2014-2020, the document that outlines Latvia’s goals for the energy sector.

The document does mention that energy efficiency in residential buildings still has untapped potentials, which really is a diplomatic way of hinting at the very poor efficiency (far below EU standards) of many buildings across the country, most of which were built in the Soviet era. The Buildings Performance Institute Europe estimated (pdf) that 43 percent of homes in Latvia are dwellings with leakages and damp walls and that 35% of households cannot afford adequate heating.

No surprise then that both the current and future Energy Development Strategies for Latvia place energy efficiency measures in residential buildings like renovation and insulation as one of the top priorities.

When it comes to allocating real money, however, the government’s plans are much less ambitious.

Another problem is that the current energy efficiency policy does not mention the accessibility of such measures for those who are considered energy poor and cannot afford proper heating.

Ongoing efforts to increase energy efficiency in residential buildings have so far brought little to any benefit for Latvia’s energy poor. And the Energy Union strategy in its current form does not promise to address energy poverty as a structural issue in a way that could shield vulnerable citizens through social policies.

Latvia’s energy dependence on Russia is (unsurprisingly) the most politicised aspect of the Energy Union in Latvia. According to the national statistical bureau [lv], in 2013 gas provided 70 percent of Latvia’s secondary energy production (electricity and heat). All of that gas is coming from Russia. Energy security therefore is a key challenge for the country.

At the same time, Latvia’s gas market is fully controlled by the monopoly Latvian Gas (owned by the German E.on – 47%, Gazprom – 34%, and Iteria Latvia – 16%) which imports only Russian gas and which has so far successfully lobbied against opening the market (postponed until 2017).

However, national policy aiming at energy security has for a long time remained uncertain and hesitant, and was marked by efforts to build an energy policy in partnership with Russia. With the conflict in Ukraine, however, politicians in Latvia have become more wary of the dependence on Russia and Šefčovič may have run into open doors in Riga.

Renewables provide for 35 percent of energy consumption in Latvia (2013). This puts Latvia on the second place in Europe (after Sweden) and it is likely that Latvia will reach its 2020 target of a 40 percent share of renewables. Latvia’s government likes to use this argument to demonstrate that our country is a European leader in climate action. But is this really so?

Without access to domestic fossil fuel resources, Latvia’s primary energy production is dominated by biomass and hydropower. 78 percent of the renewable energy produced in Latvia is coming from fuelwood (2013). (Due to its availability, wood has traditionally been an important resource in Latvia.) And herein lies a potential problem because further increasing renewables in Latvia may not be sustainable if solar and wind are not playing a bigger role.

Apart from the threat to biodiversity that logging can entail, cutting trees and burning them to produce energy has two negative effects. It reduces the available capacity to store carbon from the atmosphere (carbon sink) and releases the CO2 that was captured by the tree. The term renewable energy is therefore rather misleading in this context. Sustainability is something different.

In Latvia, the main provider of fuelwood, the joint-stock company Latvia’s State Forests, owns almost a half of all Latvian forests. An audit of the company by the State Audit Office concluded [lv] last year that the company’s forest management policy violates sustainable forest production. Also this year’s Environmental Impact Assessment [lv] of the Energy Development Strategy 2014-2020 emphasises that an increase in the consumption of renewable energy may intensify logging and have a negative impact on biodiversity.