More than a year after Bankwatch revealed the scale of hydropower subsidies in the Western Balkans, progress in eliminating environmentally harmful aid is still slow. 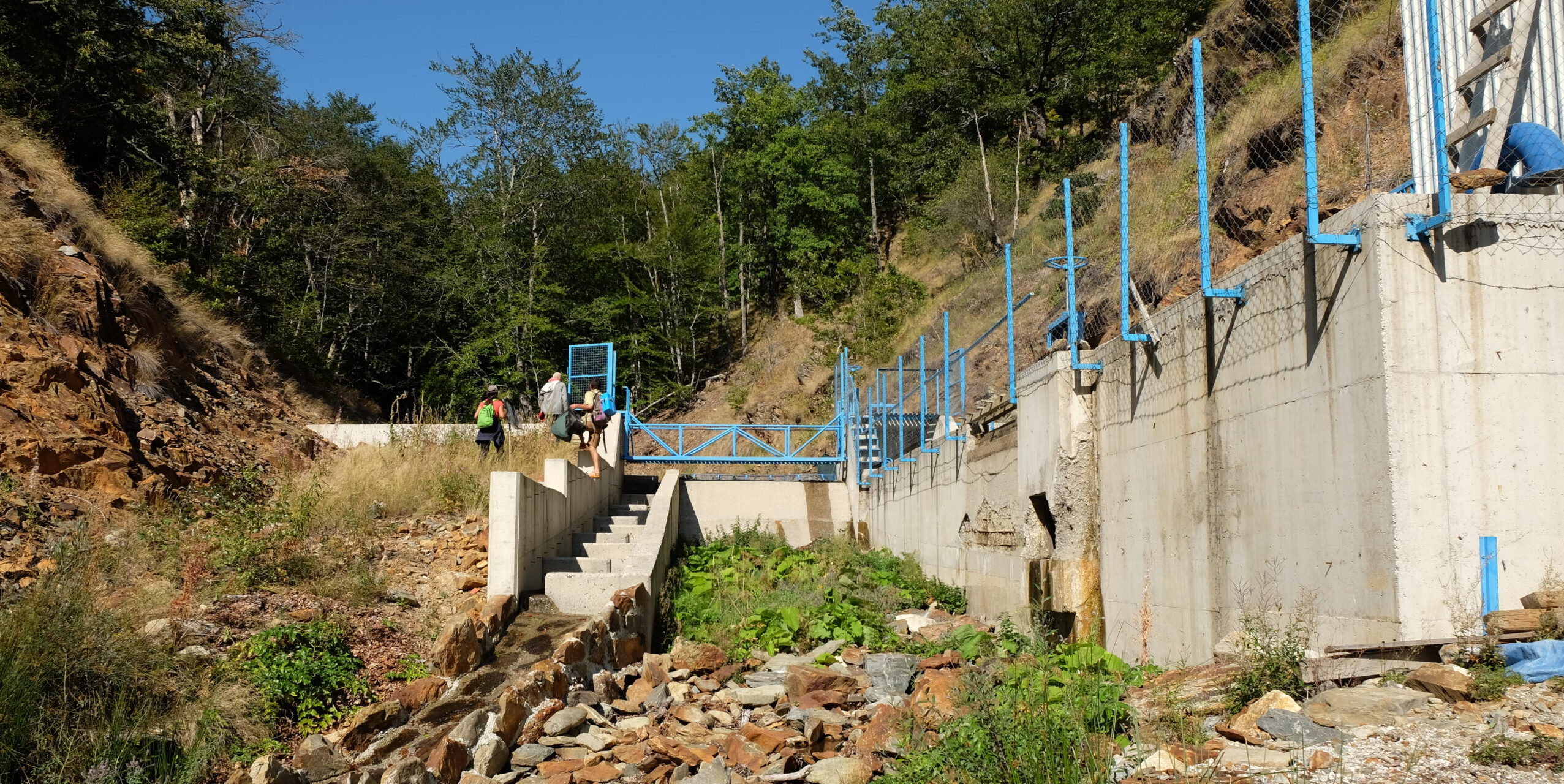 In September 2019, Bankwatch and partners published the Who Pays, Who Profits? report. It showed how renewable energy incentives have driven the rampant development of hydropower plants smaller than 10 megawatts (MW), drying up rivers and streams, often leaving local people without water for their crops and livestock.

Hydropower, the report also showed, has been systematically privileged over other energy sources. In 2018, small hydropower received 70 per cent of renewable energy incentives in the Western Balkans, yet generated only 3.6 per cent of electricity overall.

Civil society organisations have therefore been calling for an end to subsidies for this disproportionately destructive form of power generation, and for an overall change in the countries’ incentives schemes, in line with EU rules.

Under the Energy Community Treaty, the Western Balkan countries must apply EU state aid rules in the energy sector, including the Guidelines on State Aid for Environmental Protection and Energy (EEAG). The EEAG is already undergoing revision in the EU, but most Western Balkan countries still do not comply with it, particularly in the hydropower sector.

Among other things, the EEAG stipulates that – with the exception of the smallest renewable energy plants – support can only be granted through premiums paid on top of the market price, not through feed-in tariffs as in the past. In addition, a competitive auction procedure is required in order to set the level of the premiums. This model tries to ensure more affordable and proportionate incentives, after the previous system became too expensive.

The EEAG also allows state aid only for projects developed in line with EU environmental legislation, and specifically requires that any hydropower receiving incentives must be in line with the Water Framework Directive.

But a new Bankwatch briefing published today shows that the countries have moved at very different speeds to change their legislation in line with the EEAG, and that hydropower subsidies remain an issue.

Likewise, premiums for hydropower plants up to 30 MW would not be useful. Hydropower is a mature technology, and there is limited potential for such plants in Serbia, so incentivising will not bring the price of the technology down for future investments.

Little progress in Bosnia and Herzegovina and Kosovo, despite pledges

In 2019, hydropower received almost 90 per cent of renewables support in Republika Srpska, and other renewable energy sources were effectively excluded from the system.

In the Federation of BIH (FBIH), no report was published on incentive payments for the year, and figures obtained on request by the Center for Environment were unclear and much lower than would have been expected. This may have been partly due to upheaval in the Federation of BIH’s Operator za OIEiEK agency, which distributes incentive payments. In 2019 the FBIH government forced the agency to suspend payments to producers, and in December 2020 the Director was dismissed.

In November, the Minister for Energy pledged to stop incentives for small hydropower from the beginning of 2021, but no legislative changes have taken place yet.

A proposal for reforming the renewables support schemes in Bosnia and Herzegovina, of which an overview was published in August 2019, would abolish feed-in tariffs for all but the smallest hydropower plants – though the exact threshold remains to be decided. Worryingly, however, the published information indicated plans to award premiums for hydropower plants larger than 10 MW, despite the current low level of environmental enforcement. Since 2019 there has been little visible progress with the proposals.

Kosovo is in a similar situation, having recognised for several years already that it needs to change its feed-in tariff system. The European Bank for Reconstruction and Development has been providing assistance to develop an auctions scheme, and in late 2020 it was announced that the first auctions would be launched in 2021. However, this seems ambitious considering that legislative changes are needed and that there will be elections in February.

Even in the countries which moved earlier to introduce auctions and premiums – Albania and North Macedonia – hydropower has continued to receive special treatment.

In North Macedonia, solar and wind plants need to participate in auctions and are eligible for premiums, while an unlimited number of hydropower plants up to 10 MW can receive feed-in tariffs. This imbalance between the conditions for different energy sources is currently being reviewed by the Energy Community Secretariat.

In Albania, hydropower plants up to 2 MW are still eligible for feed-in tariffs – exceeding the 500 kW threshold from the EEAG – and plants up to 15 MW can participate in auctions.

Continued subsidies for hydropower are particularly incomprehensible in Albania, which is almost totally hydropower-dependent. In 2018, its incentives for hydropower under 15 MW cost EUR 93.5 million and in 2019 around EUR 87 million, due to lower generation – by far the highest costs in the region. Yet this has failed to address its need for electricity imports in most years due to its greatly fluctuating electricity generation, which heavily depends on rainfall.

Montenegro at a crossroads

Montenegrin legislation stipulates that no renewables incentives will be granted if the country meets its renewable energy target. Montenegro met its 2020 target several years ago, but numerous previously licenced plants are still in the process of being built.

In 2020 the Law on Energy was adjusted to allow for auction-based incentives even if renewable targets are met. The provisions now appear to be roughly in line with the EEAG’s requirements on renewable energy, but are not clear enough to prevent environmentally harmful subsidies from being granted. The Law also contains a worrying clause declaring renewable energy projects to be of ‘public interest’, which may be used to cut corners in permitting.

In December, Montenegro’s new government initiated a commission to review all the hydropower concession contracts signed so far and approved the termination of concession agreements for seven plants. On 14 January it also agreed to refuse a construction permit for the Slatina plant, built by a company part-owned by President Milo Đukanović’s son, and to refrain from permitting any more plants until all the current concessions have been reviewed.

What still needs to be done

Our briefing provides country-specific recommendations, depending on their state of play, but what all the countries have in common is that they need to review the ongoing hydropower projects and take action against any which were not developed in line with environmental or other legislation.

Those countries which have not moved away from feed-in tariffs for new plants clearly need to change their legislation, so that it is at least in line with the EEAG, and preferably so that it abolishes incentives for hydropower altogether.

In doing so, they need to pay attention not only to technical issues like auction thresholds, but also to the environmental aspects of the EEAG. This also applies to the countries which have already made some changes towards EEAG compliance – Albania, Montenegro and North Macedonia – which still need to provide clearer instructions on how the environmental compliance of projects will be checked before awarding incentives and stipulate that any plant later found to be violating environmental legislation will have its incentives cut. Even if hydropower incentives are cut, this is still a necessary requirement for other technologies.

Looking at the wider picture, all the countries are currently developing National Energy and Climate Plan processes. These need to be used to clarify their future renewable energy plans. In particular, projects which have been around for decades need to be critically reassessed for their relevance and feasibility in today’s conditions, in which hydropower is becoming less and less competitive and less reliable due to fluctuating rainfall.