Home > Blog entry > Western Balkans electricity plans: where will all that power go? 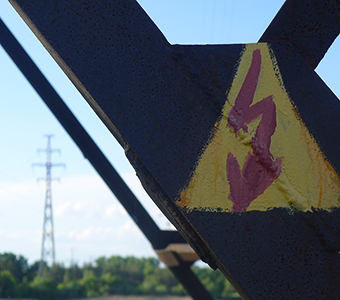 Hardly a week goes by without the media in the Western Balkans reporting on some progress with a coal or hydropower plant projects or reporting grand statements from politicians about their countries becoming regional energy hubs. In some cases this seems deeply improbable at first glance, with countries like Albania and Montenegro historically being electricity importers, but for others like Bosnia and Herzegovina and Serbia – already net exporters most years – it seems reasonably plausible.

But what will happen if everyone becomes a regional energy hub? Where will all the electricity go? Is there likely to be a market for it at all?

For a few years, the answer seemed to lay in Italy, which looked like it would have difficulty in reaching its obligatory 2020 renewable energy target. It planned in its National Renewable Energy Action Plan to import significant amounts of renewable electricity from the Balkans. Yet in recent years Italy has pulled ahead (pdf), managing to meet the electricity component of its target already. It also has a large generation capacity surplus with much of its fleet lying idle. This led Germany’s E.On to leave Italy earlier this year and sell its thermal power assets. Presumably it also contributed to ENEL’s welcome decision announced earlier this week, to stop constructing new coal plants. This does not necessarily mean that Italy will not import electricity, but that any imports must be cheap enough to compete with domestic production or other imports.

Since we had already been concerned that some of the planned Balkan electricity generation projects may be uneconomic, (see for example unit 7 at the Tuzla lignite-fired plant (BiH) and the Boskov Most hydropower plant, we decided to investigate with the University of Groningen and the Advisory House consultancy what will happen if the promised electricity generation capacity really materialises. We know what to expect on the environmental side from coal and poorly-sited hydropower plants. But what about the economic side? Could coal and gas plants in the Balkans end up lying idle like their counterparts in Italy?

Download the study:
Stranded assets in the Western Balkans – report on the long-term economic viability of new export capacities

Such significant electricity capacity expansions designed to meet export demand create the danger of becoming dependent upon the export market.

By the numbers: where will energy come from in the western Balkans?
Blog post | March 19, 2015

The first surprise was how difficult it was to find updated and realistic information on planned generation capacity investments. Some of the countries do not have any recent official energy strategy at all while others have but they do not contain sufficient information and/or are internally contradictory.

Not unexpectedly, we found a large gap between government wish-lists of electricity projects and reality.

At the other end of the spectrum, if the countries realise all their planned capacity extensions and demand growth is low, the region will have a 56% electricity surplus in 2024.

In particular Bosnia and Herzegovina could turn into the largest exporter of electricity (up to 20 000 GWh), followed by Serbia (18 000 GWh). The other countries have a much lower potential contribution to the regional surplus, but measured in terms of their domestic demand, their export potential is substantial.

Such significant electricity capacity expansions designed to meet export demand create the danger of becoming dependent upon the export market. The export analysis shows that there will not only be competition within the Western Balkans but also from other nearby competitors such Bulgaria, Romania and the rest of the EU. Given an expected excess supply in Europe, increased competition may put pressure on export prices and increase the risk of incurring stranded assets – power plants that will become simply uneconomic to even operate. For this reason, the study suggests closely examining investments that are directed to serve export markets and to also consider the trade-off of producing or buying electricity. Taking measures to reduce electricity losses is also crucial.

No-one knows exactly what the future holds, but several things emerge for me from this study.

First, planning in the energy sector needs to be seriously improved in the region. Strategies need to be better justified, clearer and more coherent. They should avoid including old projects which have already practically failed and take serious note of public comments.

Second, less is more. Why have huge lists of projects that are proving difficult to implement, when with more rational planning and analysis, a much smaller amount of investments would suffice? Energy efficiency should come first, and governments should not be afraid to cancel projects which have been hanging around for decades but never proved worth building.

Third, cross-border co-operation in the region has great potential to save money and natural resources. Making increased use of regional co-operation to meet peak demand would increase stability and lower the overall amount of electricity needed. Peak demand in the Western Balkans for 2024 without cooperation is estimated at approximately 17630 MW in 2024 in the high growth scenario while with cooperation it is only around 15000 MW. So far most of the countries are thinking in very national terms and failing to take advantages of regional synergies.