Western Balkan countries invest more than twice as much in coal as in wind power: new Bankwatch analysis

Western Balkan countries are planning investments in wind power, but these are being heavily outweighed by their investments in coal plants, according to a CEE Bankwatch Network analysis launched today. The region’s governments are actively planning 2800 MW of new coal plants but allowing only around 1166 MW of wind power plants to be built. 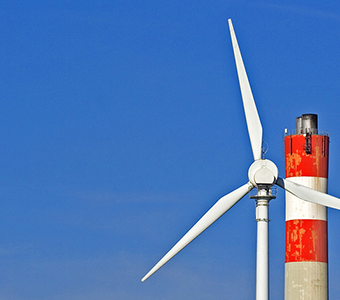 Prague, Subotica, Banja Luka, Tuzla, Sarajevo, Skopje – Western Balkan countries are planning investments in wind power, but these are being heavily outweighed by their investments in coal plants, according to a CEE Bankwatch Network analysis launched today. The region’s governments are actively planning 2800 MW of new coal plants [1] but allowing only around 1166 MW of wind power plants to be built [2].

The analysis and background data are available at:
https://bankwatch.org/publications/western-balkans-countries-invest-least-24-times-much-coal-wind-power

The new coal plants will cost a minimum of EUR 4.5 billion, mostly from public sources. The wind plants would cost around EUR 1.89 billion [3], and are mainly planned by private sector investors.

In 2012, countries in the region committed to increase their share of renewable energy by 2020 under the Energy Community Treaty [4]. Yet, their governments continue to prioritise coal projects. Currently, Serbia and Macedonia only have one wind farm each in operation – Kula (9.9 MW) and Bogdanci 1 (36.8 MW) and Bosnia and Herzegovina, Montenegro and Albania have none [5]. Solar electricity generation is even more scarce.

In addition to conflicting with the Paris Agreement’s aim to limit global temperature rise to 1.5-2 degrees, the Balkan coal plans contrast sharply with the situation in the EU. Most EU countries have given up building new coal plants and seven states are already coal-free [6]. 12.8 GW of wind capacity was installed in the EU last year – more than for any other electricity generation source – meaning that wind can now generate 11.4% of the EU electricity consumption in a normal wind year.

As well as huge potential for energy efficiency, all Western Balkans countries have high potential for wind and rooftop solar photovoltaics. Together with existing hydropower, these could completely cover the region’s electricity demand by 2050.

There is significant investor interest in tapping the region’s wind potential, but they face regulatory hurdles. Governments have capped the amount of wind power capacity that can be connected to the grid and receive feed-in tariffs at a conservative level – eg. 500 MW until 2020 in Serbia and 350 MW until 2019 in Bosnia and Herzegovina – thus delaying numerous projects.

Despite governments’ overt preference for coal, however, it would be wrong to assume that the plans are a fait accompli. All of the seven actively planned coal plants [7] are seriously delayed.

Only one, Kostolac B3 in Serbia, has a financing contract signed – with China Exim Bank. Four do not have valid environmental permits, either because the environmental impact assessments have not been carried out yet (Pljevlja, Montenegro; Kosova e Re, Kosovo) or because the project preparations have taken so long that the EIA decisions have already expired (Tuzla 7, Bosnia and Herzegovina; Kostolac B3, Serbia). The environmental permits for Stanari, Banovići, Ugljevik III and the expired permit for Kostolac B3 are subject to court challenges by local civil society groups.

“The delays with the new coal plants open up an opportunity for the Western Balkan countries to turn around their energy systems. Governments need to stop seeing the electricity sector as a zero-sum choice between coal or imports. If they are really dedicated to using domestic resources, then they can show it by stepping up efforts to save energy and allowing more solar and wind power to be connected to the grid,” commented Igor Kalaba of Center for Environment, Bosnia and Herzegovina.

Ioana Ciuta, Energy Co-ordinator at Bankwatch, added: “Energy efficiency improvements, solar and wind projects can all be delivered more quickly than new coal power plants. They are also likely to turn out better value for money, as the costs of wind and solar are falling fast. Coal is no longer the economic option, as evidenced by Slovenia’s disastrous Šoštanj 6 project and the ongoing woes of EU utilities such as RWE and E.ON which failed to take account of the changing times and are paying a heavy price”.

(1) This includes only plans which are being actively pursued and for which construction could start within the next few years. If projects are included which are mentioned from time to time in the media or government documents but do not appear to be advancing, the planned coal capacity rises to at least 5700 MW.

(2) Included in the calculation for wind are projects which we believe could go ahead before 2020. Some plants have not shown any obvious development for several years, particularly in Albania, while others are held back by feed-in tariff quotas or other administrative issues.

(3) The costs for the coal plants are for construction only and do not include the cost of mine expansion, financing, resettlement or ash dumps. The real cost is therefore much higher.

(4) The Energy Community brings together Albania, Bosnia and Herzegovina, Kosovo, Macedonia, Moldova, Montenegro, Serbia and Ukraine with the goal of creating a common energy market between the EU and some of its neighbours. The Energy Community Treaty, among other things, includes binding obligations for member countries to implement certain pieces of EU environmental law and renewable energy targets.

(5) Kosovo has three 0.45 MW turbines at Golesh near Pristina which have been installed already since 2010 but were not operating until 2014 due to a dispute over feed-in tariffs. See
http://www.kostt.com/website/images/stories/dokumente/tjera/Generation_Adequacy_Plan_2011_-_2020.pdf
and
http://mzhe-ks.net/repository/docs/Balanca_e_energjise_2015_eng.pdf