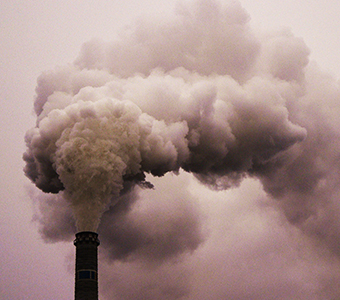 Thinking of Ukraine, Bosnia-Herzegovina, Serbia and other countries in the Energy Community, ‘bounteously wealthy’ is not the first phrase that comes to mind. Yet one of the things which most struck me about the new report produced for Bankwatch by Change Partnership is how much money these countries are throwing away in their energy systems.

Even more scary is how much more they are going to throw away in the coming years if they continue to ignore the need for climate policies to transform their energy sectors into efficient, sustainable renewables-based systems.

In Bosnia and Herzegovina, for example, coal accounted for 69% of electricity generation in 2012 with the remaining 30% emanating from hydropower. It is estimated that the external health and social costs of NOx, SO2 and particulate matter (PM) by 2014 were EUR 2.2 billion per year. That’s EUR 2.2 billion being paid by ordinary people that is not showing up on their electricity bills but rather in health care costs, lost work days and other damage.

In addition to this, the countries are wasting vast amounts of electricity in transmission and distribution losses.

Kosovo is estimated to lose 1859 GWh or around EUR 82.7 million annually due to electricity losses in transmission and distribution – not much less than the 2000 GWh generated by the highly polluting Kosovo A plant each year! While some of this may due to theft rather than absolute losses, it does not include wasteful usage and poor insulation, yet Kosovo backed by the World Bank and others plans to build a new 600 MW power plant rather than addressing these losses first.

If CO2 prices are taken into account and added to coal construction costs, wind energy is on average 25% cheaper than new coal capacity across the region.

Serbia is another one of Energy Community countries that plans to move even further into the use of coal, with 2.85 GW capacity to be added during the next decade or so. Construction costs alone are estimated at EUR 6.7 billion. Yet within the next 10-15 years it can be expected that either the Energy Community will introduce a price on carbon through an Emissions Trading Scheme or carbon tax, or that Serbia will join the EU and thus participate in the EU Emissions Trading System. In either case CO2 emissions will need to be paid for, at an estimated cost of between EUR 69 and 419 million per year for the new units alone, depending on the carbon price, and having a coal-heavy electricity fleet will become a liability.

People are often prone to ask whether the Energy Community region can afford renewable energy. Yet it turns out that if CO2 prices are taken into account and added to coal construction costs, wind energy is on average 25% cheaper than new coal capacity across the region. Wind and solar costs are also falling, while coal is increasing.

So instead it might be more pertinent to ask: Can the countries afford to throw away so much electricity. And can they afford to delay taking climate action?

Our definitive answer would be no. But most of the governments are showing no signs of realising this by themselves. The EU and Energy Community need to take a strong lead and help to show that climate action isn’t just about obligations. It’s in all of our interests to start now.