A too strong focus on energy security is steering Europe’s engagement with neighbouring states in a troublesome direction for the partnering countries. 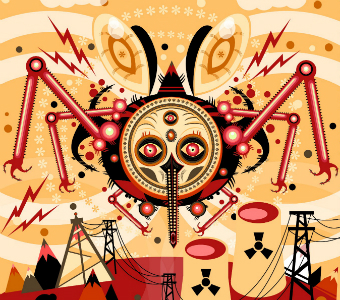 At today’s Foreign Affairs Council meeting European ministers all but hailed (pdf) the “substantial progress made in the delivery of the new European Neighbourhood Policy”. One of the key priorities for the EU in its relation with neighbouring states is the cooperation in the energy sector. While this does theoretically include the promotion of energy efficiency and renewables, it is the security of Europe’s energy supply that receives the bulk of attention.

We’ve already discussed some of the pitfalls of the “energy security” narrative on this blog (here and here). In a recent study (pdf) based on cases from Ukraine, Georgia and the Western Balkans, we now examined the consequences that a security focus has for the character of the cooperation between the EU and its neighbours: Does the EU treat us as equal partners or does it rather play to the tune of a zero sum game?

The study could have served as useful reading material for the Council’s meeting, because it exposes the discrepancies between the ENP’s rhetoric and the concrete projects being pushed politically and economically.

As for the rhetoric, the ENP promises to

Our study, however, shows that the EU’s external energy policy and the projects financed by international financial institutions not only prioritise Europe’s energy supply, but take damages to the exporting countries into account:

Most of the projects examined in our study receive financial support from international financial institutions and/or the European Commission, thus concretely demonstrating Europe’s problematic interpretation of a “partnership” – making it a partnership of unequals.

To learn more about the European Neighbourhood Policy and how civil society can get involved in the Policy’s process – to make sure the invested money benefits people in the region without doing social, environmental and economic harm – visit our online ENP guide.